Co-writing and finding co-writers can sometimes be awkward, if not down-right painful.

And, songwriting is tough enough without adding another personality to it.

You’re often put in in a room with someone you don’t know at all.  So how can you be a bit more prepared?

Personality trait knowledge is your secret weapon!  I know, it sounds complicated.  But – if you know your type, then just relate others to it.  In other words, are they the same or opposite, and you’re golden.

I’ve taken the Myer’s-Briggs Personality test a few times. I like it because it’s usually how people describe one another: he’s an extrovert, or she’s very analytical versus colour charts and who knows what else you have to memorize.

How Do I To Help Co-Writes & My Co-Writers?
I'm An Introvert

I know extrovert activities like brainstorming will wear me out, and I tend to hang back from commenting or jumping in unlike extroverts, who will want to monopolize the engagement in the room.

1  I Prepare Ahead Of Time!

A workshop involving spur-of-the moment brainstorming will be hard work. All that high-energy exchange wears me out.  And – you’re usually thrown in a room with strangers – an introvert’s nightmare!

I prepare myself ahead of time by making sure I’ve got ideas in my book already scoped out fully: from idea to execution.  I also switch into Extrovert for a brief periods and recharge between co-writes by finding some quiet time alone.

For one-on-ones, if you’re low man in the room, you’ll be the first asked for ideas. Introverts can’t hide in their shell.

For co-writes I’ve set up either over Skype or in person, I make sure I request or send things ahead of time so I’m bringing ideas to the table during the session and we’re not brainstorming “live”. It acts as a bit of an ice breaker.

I like to McGyver things in general,  so, I’m often in my own head when it comes to figuring out the structure or individual lines.

I make sure I establish early on that while I may not blurt things out, the silence isn’t an indictment of them.  And – ignoring them for long periods while I “think” isn’t anything personal.

I also have to watch that my comments don’t sound critical.  I’m quick to assess, have a sharp sense of humor I like to employ, and can sound a little snarky. So – because I tend to migrate toward getting a laugh, I have to couch what I say, taking into consideration how those in the room will take what I’m saying.

Yep – sometimes you have to fight your personality type – which is part of knowing yourself, and not a bad skill to have.

I’m highly logical, and I tend to follow a process, but being Perceptive (P) rather than Judging (J) means I’m not as regimented, so it makes Js a little crazy.

I’ll be able to help the most with story line and the logical sequence of events once the co-write gets rolling. Does it make sense, etc. But, as a songwriter you’ve got to know when to jump in with those kinds of things.

I’ll also be able to contribute different options – figure out how to get unstuck, and utilize other outside sources as references and apply them to the song. In other words remember a cool device used in another song and how it might apply to give the song contrast, different structure, etc.

2 I Want To Get Down The Page

I like to stay on task and always come back to the song.  Sometimes it seems regimented to others. Sensing (S) and Feeling (F) people often appear off task to me.

They’ll talk about their cat, what they ate last night, how a word makes them feel – all things I consider outside the scope of getting the song written.

So I have to stand down a bit, let them have their time, then slowly get them back on task.

I’m more methodical than a Sensing (S) or Feeling (F) person when it comes to the lyric, so I like worksheets, a thesaurus and my rhyming dictionary. (So do other Ts and some Js – so keep an eye on them!)

With lines and specific words, they’ll usually gravitate toward what “feels” right vs. what serves the song idea best from a purely logical perspective.  As a (T) I’ll be trying to make their lines and words “fit,” which can lead to some debate at times.

I’ve learning to let it go and come back later.  There’s always a rewrite opportunity.  I circle the word and move on – since I’m trying to get down the page in order to complete the song.

Lunch breaks work well for looking up alternatives for things you’ve circled. Don’t do it in the room.

Weird right? I’m logical and can be perceived as regimented, but when it comes to how we’re getting things done, I’m pretty flexible.  My focus is on what we’re trying to achieve, not how we get there.

I don’t like a hugely regimented approach, i.e., everyone fill out this worksheet before we can go to step 2, but can accommodate someone who’s more task or schedule-based (J) as long as it’s not so rigid no “options” for new ideas or approaches to come out of it.

My worst co-writes have been with Js who get stuck on a single line and can’t move off of it, or insist something can only be one way. It’s frustrating since as a (P) I can see 20 directions to go. But remember, I’m an (I) so won’t say them out loud!

The Benefits Of Applying It To A Co-write

Here’s how I use it in a co-write:

They’re all about activity, chatter, and pace – my opposite.

They feel energized by engaging with others – so if I’m the “other” and as a Introvert (I) it becomes draining.

As a Thinker (T) this is highly illogical, and my tendency will be to want to make it logical. I’m out-numbered. I’ll appear to just be insensitive and a hurdle.

Because I know my type, I’m not disappointed with the fact that I’m not ripping out clever lines every 5 seconds – it’s not me. I appreciate even more that someone else can.

Finding your complimentary personality soul-mate is ideal, and if you’ve got a combo of melody writer and lyricist, you’re off to the races!

Oh – and if you’re an (F) you’ll feel like all of this is over-thinking it and we should just give one another a big hug when we start!

An ESFP – but that doesn’t mean I should only co-write with them. Variety is the spice of life.  And, as Jeremy Crady said during a workshop I attended, “They should be a good hang.”

At the end of the day, like who you co-write regularly with – you hang with them.

It will be that connection that makes the songs better. 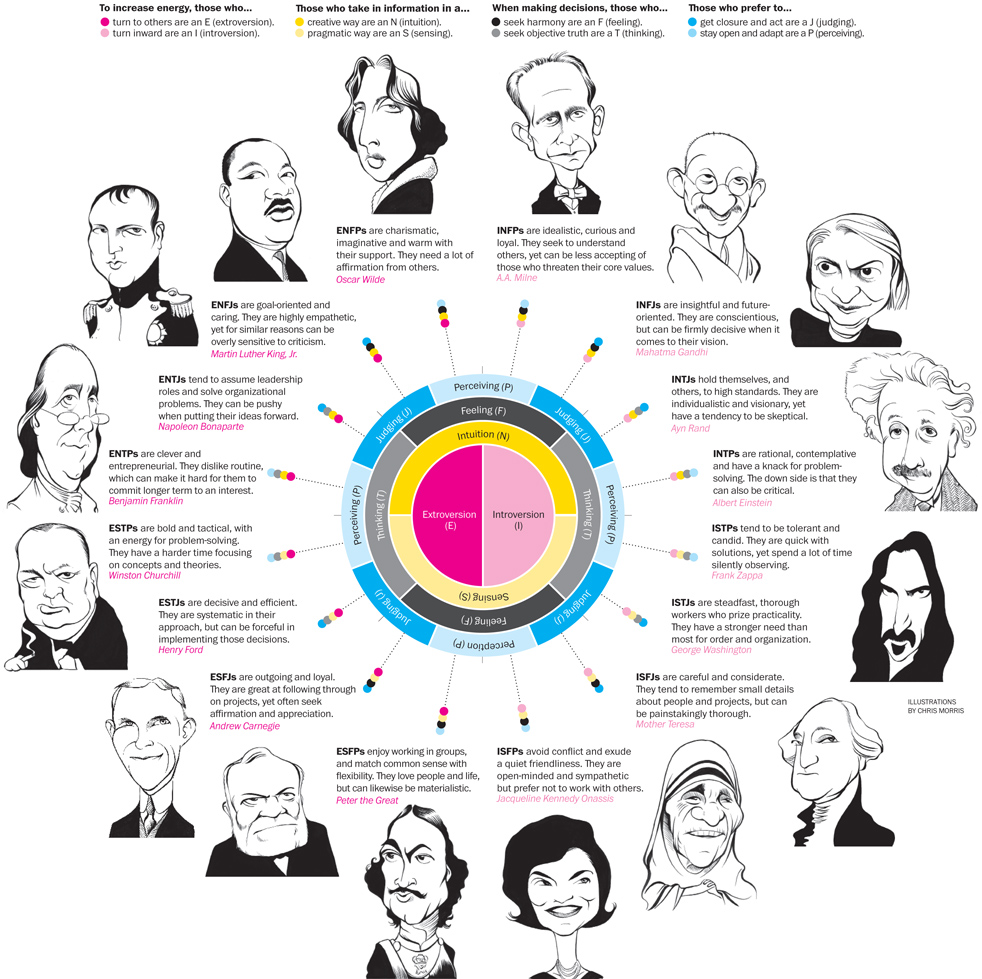